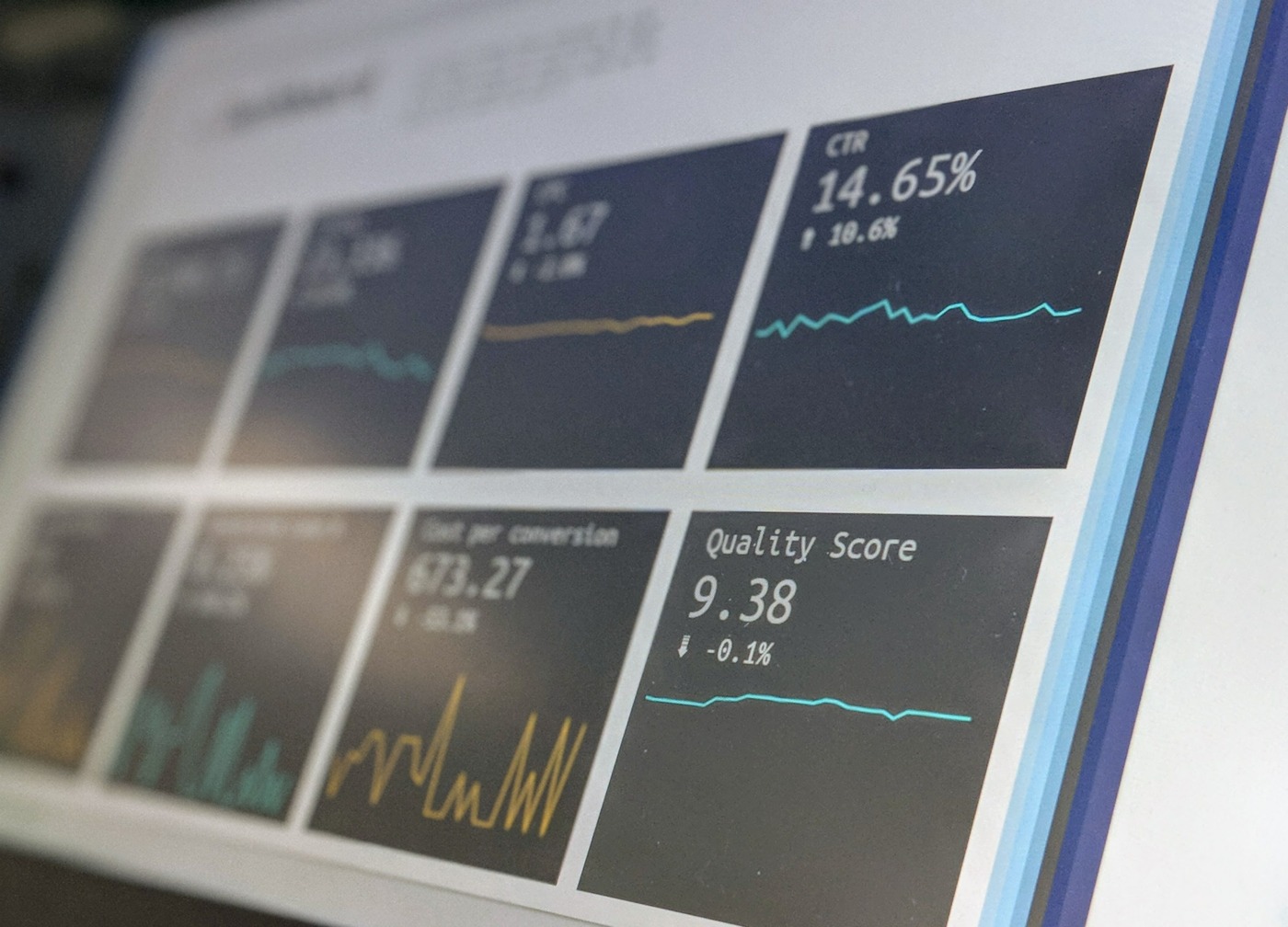 All the log collectors tried below will be using Elasticsearch as the backend system and Kibana as it’s web interface.

Let’s just run them both with the following commands. (*nix/macos)

This tool comes with a service that needs to be installed in the system; td-agent.

td-agent is a tool that collects the logs and conveys them to a storage system, in this case Elasticsearch. I was able to set it up and use as inputs the system log and a rest API that fluent listens to.

To make it work with Elasticsearch I had to install a plugin used to connect the two tools together. Fluentd installation guide is very straightforward.

I can send logs to Fluentd and visualize them in Elasticsearch in the following ways:

the configuration for this listener in the Fluentd is done as follows in
/etc/td-agent/td-agent.conf

An input is configured:

To send a system log to Fluentd just run:

Also in this case there is an input section and a match section in the configuration file.

With Fluentd filters can be used to transform the logs in input before saving them. There are not a lot of predefined filters but new plugins can be developed to extend Fluentd.

For integration with Elasticsearch

Documentation: PoorCommunity: Poor
Distributed extensions
Personally had some issues setting it up; not straightforward.
fluentd-ui helps a bit with the setup.

Installation is somewhat tricky by just following the documentaion. A few missing steps in the documentation led to erros when trying to set up the system.

It was necessary to insert a password secret and a sha2 hashed password for the root admin in the configuration file.

This solution needs Mongodb and Elasticsearch as specified also above but it doesn’t need Kibana to visualise the data, because it offers it’s own UI.

From the web interface it’s possible to fully manage the Graylog system.

All configurations are done directly through the web interface; input sources, transformations, outputs, alerts and so on. It is a full- stack environment.
Pipelines can be created to build a chain of transformations to log messages.

Plugins can be written to customly handle

Nice overall impression. It comes with many tools out of the box but has to be configured.

Documentation: Tricky
Overall impression: fully fledged
Offers a great tool for managing logs. In fact is considered a log manager rather than a log collector

Installation and setup is easy by following through the documentation provided online.

Can be integrated with different input sources out of the box and accepts complex filters to manage and extract data from messages. Grok patterns can be used, like in Graylog, to extract data from log messages. Messages are sent to Elasticsearch and visualized with Kibana.

Easy to configure but doesn’t offer a UI tool for the configuration but a config file (or set of files).

Documentation: Tricky
Considered one of the two most popular options (the other being fluentd)
Beautifully integrated with elasticsearch, kibana and elastic beats
Overall impression: works pretty nice especially with filebeat
Must enable the option to have a persistent layer of events because the fixed size of the event queue that can handle only 20 events might not be sufficient.

Is a nice system that reads from many different sources at the same time and feeds one or more outputs. I tried it with Logstash, made it read all the log files in

and it seems to handle the stream very well.

Outputting the FileBeat stream directly to Elasticsearch works as well but the data, although already a bit structured, cannot be transformed and extracted as it can through Logstash Filters.

Filebeat ensures at-least-once-delivery for messages to the defined output source.

Collect metrics from your systems and services. From CPU to memory, Redis to NGINX, and much more, Metricbeat is a lightweight way to send system and service statistics. Kind of the same reporting/monitoring that Icinga does. We’ll get to it in a bit.

Collecting audit Linux data and monitoring file integrity through the system. Comes along with Kibana predefined dashboards as do other beats.

To install the available Kibana dashboards, ensure that Kibana is up and running and then run the following:

Same command to install the available dashboards is available for all beats. Generally every Beats comes with predefined dashboards that visualise log data beautifully.

Icinga 2 is an open source monitoring system which checks the availability of your network resources, notifies users of outages and generates performance data for reporting.

Installation is easy. It’s just enough to add the package repository for it and then install the icinga2 package. It’s not that immediate to make it work right away because there are some external plugins that need to be installed as well.

Icinga is used to check Hosts and Services so it’s a service monitoring system.

Configuration seems simple but there are too manz files and the documentations desn’t explain completely how to set up the environment.

Offers an API interface for configuration but no UI out of the box.
It can be integrated with Elasticsearch / Logstash through an ElasticBeets component.

The UI can be installed but needs:

It can be reached at: http://localhost/icingaweb2
It has a lot of configuration files and a lot of checkers.

Documentation: Somewhat incomplete
Fork from nagios. The out-of-the-box configuration gives a really great system monitoring service but it?s not a log collector. It’s a monitoring system that can be used to check and keep under surveillance the state of different network objects

I also created a simple Java application and a simple nodejs application. Both applications are just producing logs of different levels continuously.

In the java app I’ve configured with logback different appenders:

I configured Logstash to read the log files. I made the first one pass through some filters using a GROK pattern I defined. For the second one I just defined it as a JSON type of log. Logstash manages to identify the fields by itself this way. Just to mix things up, the Graylog server stores log messages on my Elasticsearch instance.

So basically, from the same logs produced by my java application and outputted in 4 different ways, I end up with 4 indexes on Elasticsearch that have the same data. This to compare the differences of the various methods.

I created a dashboard displaying the same data for the four indexes put together. Basically the charts I created shows the count for each error level logged.

Because of the GROK failures some were missing in the plain text log file case. In the others was easier to play around.

Photo by Stephen Dawson on Unsplash 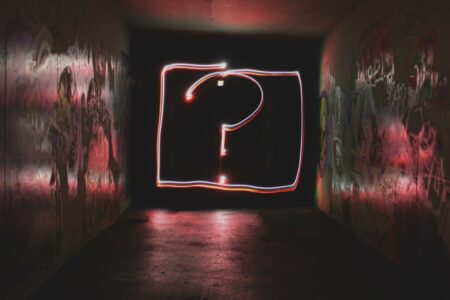 Gaps in the automation age

Creative solutions and approaches are needed to enable any person to seize new opportunities in the automation age, without them, groups at disadvantage may fall behind in the world of work. In one of our previous post, when we talked about who the main drivers of automation are, we concluded human beings. In this post, […] 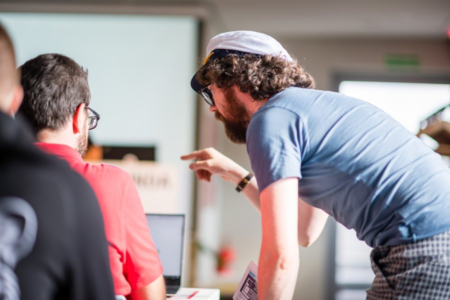 Ever wondered what it is like to host a meetup? If you consider organizing a community project like that, it can help to get some insights on what to expect. As a sponsor and co-organizer of a big meetup, JIT can give you exactly this input. Since Martin Schimak founded the meetup in 2016, it […] 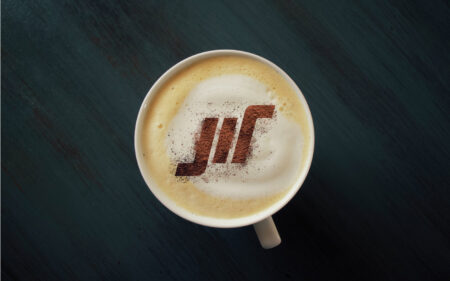 This is a story about my way to the Camunda Certified Engineer while working at „J-IT“ IT-Dienstleistungs GesmbH. As you can imagine, the very first thing to do when starting at a new company is inspecting the Coffee Machines. Good for me, I found out that we have two of them. While I’m not a […]